For my Spanish readers, Burke’s War book number one in the Bob Burke Action-Adventure-Series is now available on the various Kindle sites in Spanish. If that is your native language, I’m sure you’ll find a much better experience than slogging your way through it in my language.  Hopefully, the rest of the series will be […]

For my foreign readers, I’m having the series translated into several foreign languages. First up is German.  I had a few initial problems with some bad translations, but I have given them to a new excellent, German translator, Johanna Pruller, and the first three, Burke’s Mandarin, Burke’s Gamble, and now Burke’s Samovar, are up and […]

Winner Lose All and Thursday at Noon are now available on Apple, Barnes and Noble’s Nook, Kobo, and Scribd, plus the Overdrive, Bibliotheca, Vivlio, and Borrow Box library e-book sites, as well as on Kindle!  If you are not bound to the Great Goddess Amazonia, now I have two great Cold War thrillers for you too. […]

BURKE’S MANDARIN  Now Available on Amazon Bob Burke #5  in Kindle E-Book and Paperback, Hardback will be Available Next Week Bullets, Bombs, and Mayhem!  CLICK HERE FOR THE LINK A Chinese spymaster in DC stealing US Special Ops war plans, a nest of Chinese agents inside Fort Bragg, a Chinese Navy task force headed into the […]

From Now until the book is published next month, you can get a pre-order copy copy for $0.99 and have it sent to you when the book comes out next month.  After that day, the price goes up to normal.  Grab a Pre-Order Bullets, Bombs, and Mayhem! COMING SOON! Burke’s Mandarin,  Bob Burke #5  A […]

NOW, ALL FOUR BOOKS IN MY BOB BURKE ACTION-ADVENTURE SERIES ARE AVAILABLE IN HARDBACK AND PAPERBACK AS WELL AS KINDLE E-BOOK AND AUDIOBOOK ON AMAZON. Some readers want to hold a ‘real’ book in their hot little hands when they rad, so with Amazon’s new format options, I brought out all four novels in both […]

It took some doin’, but my Our Vietnam Wars series, Volumes 1-4,  have now been published in paperback by IngramSpark, a distributor to most Public Library systems in the country.  Acquisitions by libraries are usually controlled by the librarians and run through various co-ops and suppliers, of which IngramSpark is one. They use both the […]

Want to know what Vietnam was really like? Real stories told by real people, in their own words, 100 veterans, men and women, caught up in an all too real war. From the Delta to the DMZ, come walk in their boots. If you were there, you understand. If you weren’t, grab a copy and […]

AUDIBLE HAS RELEASED THE AUDIO EDITION OF BURKE’S REVENGE – BOOK 3 OF THE BOB BURKE ACTION-ADVENTURE THRILLER SERIES, MAKING THE ENTIRE SERIES NOW AVAILABLE FOR LISTENING AS WELL AS IN  KINDLE E-BOOK AND AMAZON PAPERBACK   Bob Burke is back… again, in Book #3. A former sniper, Army Ranger, and Delta Force commander, he’s retired […]

This time he’s tusslin’ with the Russian Mob and ‘The Czar’ himself in the Kremlin! When the Russian Mafia in Brighton Beach steals his company’s Army software contract, blows up his office building in Chicago, and attacks Sherwood Forrest, enough is enough! Time to take break up their operation in Brooklyn, take their ‘lunch money,’ […]

Want to know what Vietnam was really like? Real stories told by real people, in their own words. US, Australian, and New Zealand veterans, men and women, caught up in an all too real war. From the Delta to the DMZ, come walk in their boots. If you were there, you understand. If you weren’t, […] 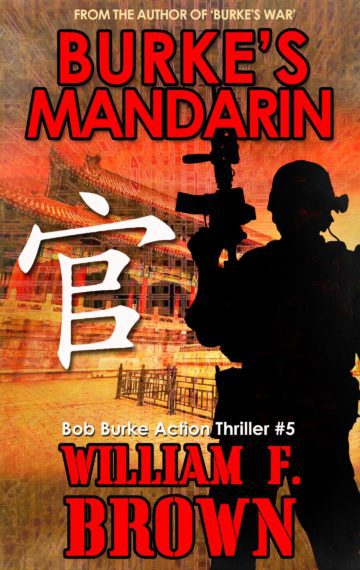